Inter-house Battle of the Bands 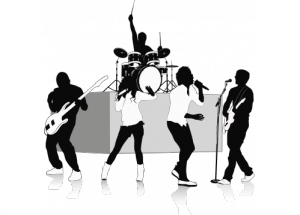 The inter-house Battle of the Bands competition is one of the most awaited events of the year. It is the one event that people not only want to participate in but also love to watch. The new Manju Bharat Ram Hall only made the event more enjoyable with the lights and the massive stage adding to the music. This year?s competition did not fail to deliver. The theme was ?Zest for Life? and was open to each house for its own personal interpretation. The competition began with Sagar house performing Muse?s version of ‘Feeling Good’ which was a great start. The catchy tune, along with the band’s own addition of the saxophone and a talented beat boxer, had the melody running through everyone?s heads and the beat through their veins. It was a wonderful rendition of the song, which had the house cheering for the band. Next followed Himgiri, performing ‘Be Yourself’ by Audioslave, which won them the award for best interpretation of the theme. The performance had lyrics with probably the most impact, and the talented vocalists and musicians made it a performance to remember. Vasundhara?s band took the stage next, with the interesting choice of ‘Colorado Bulldog’ by Mr.Big – it proved to be smart choice for them as they bagged the position of first place. They had the best stage presence and also involved the audience, allowing them to chant the two words at the end of the song. The powerful performance left the audience excited and feet tapping, craving for more. The last performance was saved for Srishti house and they opted for the popular Imagine Dragons’ song ‘Radioactive’. The song had a beat that had the audience clapping along and vocalists that packed a punch. They unfortunately could not win any awards, but it was a wonderful effort that did deserve recognition. It could be seen that each house had given it their best. Although there had to be winners and losers, every band?s performance was praised because all types of music are generally appreciated. I think it is safe to say that we thoroughly enjoyed the Battle of the Bands and cannot wait for this event roll around again.